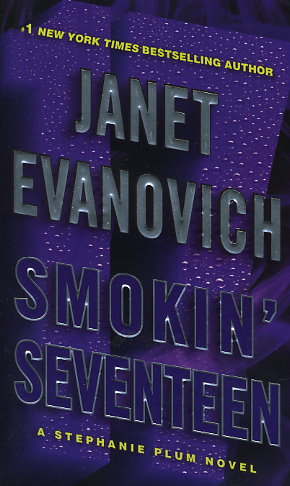 Where there's smoke there's fire, and no one knows this better than New Jersey bounty hunter Stephanie Plum.

Dead bodies are showing up in shallow graves on the empty construction lot of Vincent Plum Bail Bonds. No one is sure who the killer is, or why the victims have been offed, but what is clear is that Stephanie's name is on the killer's list. Short on time to find evidence proving the killer's identity, Stephanie faces further complications when her family and friends decide that it's time for her to choose between her longtime off-again-on-again boyfriend, Trenton cop Joe Morelli, and the bad boy in her life, security expert Ranger. Stephanie's mom is encouraging Stephanie to dump them both and choose a former high school football star who's just returned to town. Stephanie's sidekick, Lula, is encouraging Stephanie to have a red-hot boudoir "bake-off." And Grandma Bella, Morelli's old-world grandmother, is encouraging Stephanie to move to a new state when she puts "the eye" on Stephanie.

With a cold-blooded killer after her, a handful of hot men, and a capture list that includes a dancing bear and a senior citizen vampire, Stephanie's life looks like it's about to go up in smoke.
Reviews from Goodreads.com

I have to agree with a lot of the reviews on this book. I too used to love Stephanie and the antics that she and her friends got up to. After the last two books, I said I was done and had full intentions of never reading another Stephanie Plum book, but I gave in and tried again just for old times sake. This book was no better than the last two, and in fact could have been worse than those since I only recall laughing once in the book, and that was just a small chuckle. You do need to expand your horizons with these characters. Something different needs to happen, but it may already be too late to bring old fans back. Or maybe it's time to retire Stephanie and try something else totally different. Maybe new storylines and plots will come to you then. I am just glad that I borrowed this book from the library and did not pay for it. Then I really would have been choked.

As a Janet Evanovich fan, I was delighted to lay my hands on her latest Stephanie Plum novel, Smokin' Seventeen. I was looking forward to visiting Trenton's the Burg with all of its beloved and loopy characters. I have to admit though that I found the visit a tiresome. It was like being with "that friend" who always has a hard luck story and you suddenly realize that she's sucking the life out of you with her constant neediness.

In the last book, Stephanie's place of employment, Vinnie's Bail Bonds burned to the ground and now the staff is operating out of a motor home owned by lovable stoner, Mooner. True to bizarre form in the Burg, a dead body is found on the charred grounds of the bail bonds. It turns out to be Lou Dugan, the owner of a local topless bar. Enter Joe Morelli, Stephanie on-againoff-again, hot cop boyfriend. WhileStephanie and her sidekick/former ho, Lula are off chasing after increasingly ridiculous petty criminals, more bodies appear and Stephanie's name ends connected to the murders. At this point,cue Ranger -- the other sizzling, sexy man in Stephanie's life.

Mixed into this bag is a curse from Joe's Grandma Bella, a dancing bear, and a wooing from Dave, the former high school jock who's back in town and cooking up a mean dish of scalloped potatoes. Sounds good, right? It is but it's all starting to feel old at this point. I mean how long can Stephanie waffle between the men in her life? How many times can she go to a viewing? How many times are she and Lula going to act like Lucy and Ethel?

It's entertaining for sure, but I am truly itching for Evanovich to shake things up and surprise me. What if Stephanie ran off and married Joe or Ranger or some random man she met while drunk in Atlantic City? How interesting that could make things. What if Lula became devoutly religious? Think of the possibilities!

So, while I remain a fan, I am becoming frustrated with these characters that never change -- at all. Give me something fresh, Janet and I'll keep coming back for more, but if you keep handing me day-old characters and plotlines, I might have to get my donuts somewhere new. 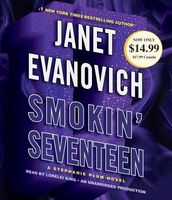