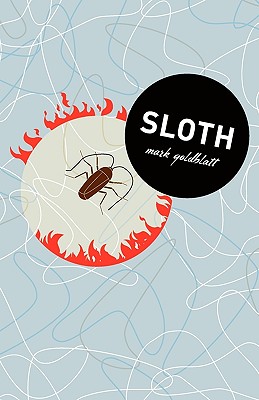 Share:
"Have you ever tried to convince someone you weren't crazy?" So begins the seduction journal of the unnamed narrator of Sloth. It's not a mere hypothetical because he's fallen in love with a TV exercise girl named Holly Servant; he must convince her of his sanity from afar if he's ever to woo her in the flesh. But how can he win her heart when he's a waiter--that is, a man who waits in long lines for a living? How can he cut the line to her affections? Women like Holly don't date the likes of him. So he assumes the identity of his friend Zezel, a former newspaper columnist who once wrote under the pen name "Mark Goldblatt." But in this satire of postmodernism, which is also a postmodern satire, nothing is what it seems. Does Holly actually exist, or is she a figment of the narrator's imagination? Does Zezel actually exist, or is he an alter-ego who takes over the narrator's journal? Does the narrator have a name, or is he just an excuse to ask questions? (And who's writing this cover copy, come to think of it?) Nothing of the sort concerns Detective Lacuna. He only wants to know who murdered the male prostitute who used to cruise for tricks out down the block from the narrator's apartment. Sloth is a timeless love story with a rim shot core, a pulse-quickening mystery wrapped in knish skin. You'll never look at your reflection the same way after you've read it.