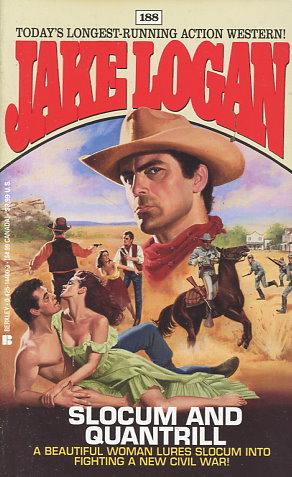 Slocum thought the Confederacy was as dead as his former Army commander, General William Clark Quantrill -- a merciless killer of civilian and soldier alike. But Quantrill's beautiful and ruthless daughter is alive -- and gathering guns, gold, and graycoats for another Civil War.

Now Slocum's being forced to join the fanatical troops in a bloodthirsty raid on Kansas City -- a move he knows will make him relive his past and forfeit his future.
Reviews from Goodreads.com