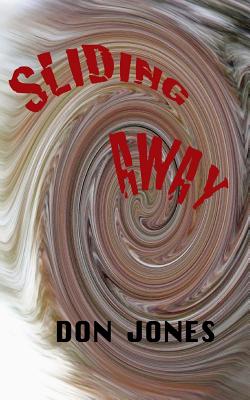 Science fiction novel about the convoluted process by which a method of time travel is discovered and the trials and tribulations that follow. "Claybourne began to... well, sort of shimmer and become fuzzy around the edges. How was I going to explain that away? Then... then it really began. I could see through him "That was it I was getting the hell out of there." This novel is the humorous account of the accidental discovery of time travel and the problems that arise from it. Tim Templar has languished for years as an undistinguished academic in a third rate Psychology Department. A new line of research sparks his dormant interest and, against the wishes of his Professor, he throws himself into this work as never before. Frustrated in his efforts at every turn he is finally forced to resort to the worst psychiatric hospital in the region in a desperate search for research subjects. He has a stroke of luck when he comes across a seemingly perfect subject in that grim place. Then disaster strikes and Tim is left doubting his own sanity and fearing that his sins are about to catch up with him. He is able to finagle himself a place in the disreputable research establishment to which the misfits and wierdos from the many different faculties of the university are exiled, as a less troublesome alternative to dismissal. Here Tim finds his spiritual home and, seemingly by accident, he is able to pull together a disparate group of researches and emerges with a way to travel in time. This is when a new set of problems confront him. There is an inherent paradox built into time travel. How will Tim respond to it? The military learn of his discovery and believe they can use it as a weapon. Will Tim be able to withstand the pressure they exert on him? The very world we live in may be under threat.
Reviews from Goodreads.com