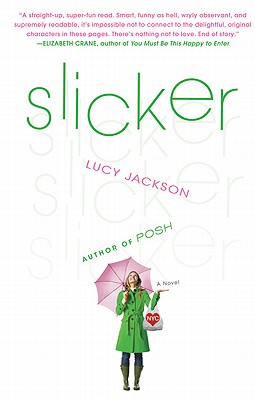 Even life in the greatest city in the world can sometimes feel like a little too much. For this New Yorker, running away to the Heartland may be just the antidote.

When New York City native Desiree Christian-Cohen flees her sometime-boyfriend, unhappy mother, Nina (who's recently learned her soon-to-be ex-husband Patrick is gay), and failing grandfather, she picks the flight plan by randomly dropping her finger on a map and hitting: Honey Creek, Kansas, population 1,623. And if being a tourist in Honey Creek weren't noticeable enough, try hanging out in the Sweet Tooth luncheonette, where you're referred to as half a Jew. Wary of, but wanting to, fit in with the local populace, Desiree is forced to defend herself and define herself in a world that feels vastly different from her own. Her Yale boyfriends were never like Bobby McVicar, the son of two ageing hippies, who finds all he needs in his pinprick of a hometown. And never--even as an only child of typically doting Manhattan parents--has anyone paid so much attention to Desiree.

Over one surprising, transformative and sometimes very funny summer, Desiree Christian-Cohen, member-in-good-standing of the Self Esteem Generation, discovers how an impulsive escape from home and family turns out to be much more than that.
Reviews from Goodreads.com