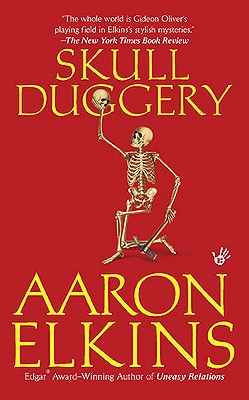 
No one solves crimes like Skeleton Detective Gideon Oliver.

Gideon and his wife are on vacation in Mexico when a local police chief requests his assistance on a case. A mummified corpse was discovered in the desert and the coroner believed the victim was shot. But Gideon's examination reveals the victim was stabbed with a Phillips-head screwdriver. Then Gideon is asked to examine the skeleton of a murder victim found a year earlier-only to discover another error. The coroner misidentified the remains as belonging to a twelve to fifteen-year-old girl, when in fact the remains were that of a young woman of twenty.

Gideon knows these two "mistakenly" identified bodies aren't a coincidence. But finding the connection between them will prove more dangerous than he could possibly imagine- and place him into the crosshairs of the killer he's hunting.