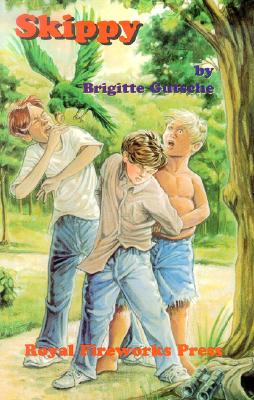 Share:
Book One in Holt's Friends series. Benjamin is the new boy in town and in his fourth grade class, small for his age, shy and thinks of himself as a coward. He has lost his only friend, a parrot called Skippy. Attempting to find the bird, he hs ventured into the 'off-limits' woods and has been roughed up by a group of older boys for his pcket change. Screeching and pecking, Skippy comes to his rescue. Kevin, also ten years old and the class trouble-maker, is a born leader, admired by all the studens and he befriends Ben.