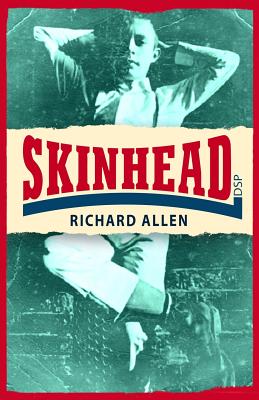 
Sixteen-year-old Joe Hawkins is the anti-hero’s anti-hero. His life is ruled by clothes, beer, football and above all violence – violence against hippies, authority, racial minorities and anyone else unfortunate enough to get in his way.
Joe is a London skinhead – a member of a uniquely British subculture which arose rapidly in the late 1960’s. While other skins were driven mainly by music, fashion and working-class pride, Joe and his mob use their formidable street style as a badge of aggressive rage, even while Joe dreams of making a better life for himself.
Lacerating in its depiction of violence and sex, often shocking by today’s standards, Skinhead is also a provocative cross-section of urban British society. It doesn't spare the hypocrisy, corruption or excessive permissiveness which, the author believed, allowed the extremist wing of skinhead culture to flourish.
Skinhead, first published in 1970 and a huge cult bestseller, is now available for the first time in ebook form, with a new introduction by Andrew Stevens. Nearly fifty years on, it remains one of the most potent artefacts of British popular culture ever committed to print.
“I did happen to read the book when it came out and I was quite interested in the whole Richard Allen cult... suedeheads and skinheads and smoothies were very much part of daily life. There was a tremendous air of intensity... something interesting grabbed me about the whole thing.” Morrissey
“(Richard Allen’s) work shouldn't require a theoretical summing up, once enough of those to whom it appeals understand its attraction we will have superceded this society.” Stewart Home