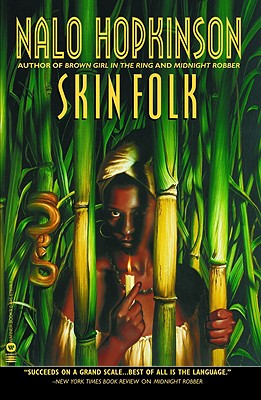 Nalo Hopkinson has gained universal acclaim as one of the most impressively original authors to emerge in years. Her debut novel, Brown Girl in the Ring, won the Locus Award for Best First Novel, became a finalist for the Philip K. Dick Award, and garnered Hopkinson the John W. Campbell Award for Best New Writer. Her second novel, Midnight Robber, was a New York Times Notable Book of the Year.

Now she presents SKIN FOLK, a richly vibrant collection of short fiction that ranges from Trinidad to Toronto, from fantastic folklore to frightening futures, from houses of deadly haunts to realms of dark sexuality. Powerful and sensual, disturbing and triumphant, these tales explore the surface of modern existence...and delve under the skin of eternal legends.
Reviews from Goodreads.com