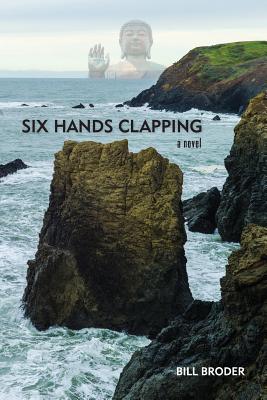 Six Hands Clapping is a unique American family story depicting the recent rise of Zen Buddhism in the United States. It is a tale of love, utopian religious ideals, and human frailty that has been repeated in different forms on this continent since the landing of the Pilgrims at Plymouth. The novel, told from the point of view of the children of two American-born Zen Buddhist leaders, begins when the mother invites her grown children to witness her suicide at her Women’s Meditation Center in the Yolla Bolly Wilderness of Mendocino County, California. The dramatic scenes of the family history unravel as the children journey from London, Brooklyn, and the Afghanistan Hindu Kush mountain battlefields. We learn that their mother, like a good Samurai Zen woman, is determined to defeat her enemy, cancer, before it destroys her. As she awaits the arrival of her children, she completes the story of her marriage to their charismatic father, his serial seduction of his Buddhist followers, and the marital break-up.. Although the children have fled Buddhism, their lives have been profoundly altered by their parents’ practice. The three and their father unite in their mother’s wilderness Zendo to witness her last words and her death. This final scene confirms the three most fundamental Buddhist principles of existence: impermanence, suffering, and not-self.
Reviews from Goodreads.com