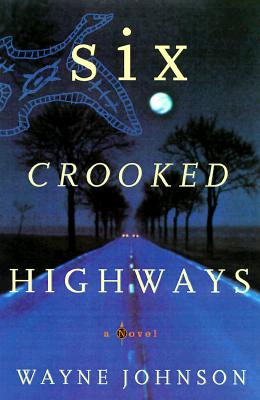 Six Crooked Highways, Wayne Johnson's most stunning work to date, continues the series that began with his critically acclaimed novel Don't Think Twice — of which the New York Times said, Johnson's sentences shimmer, dip, swoop, and stretch. He has a fine eye.Paul Two Persons runs a resort on the Red Lake reservation in Minnesota's dense lakeland region. When a years-old plan to run a highway through the reservation re-emerges, Paul yet again shoulders the responsibility of protecting his property. Slowly, the plan gains a sinister urgency, turning up two dead bodies and a small rabblement of characters who may prove to be Paul's only saviors, or who may end up destroying him and everything he loves. Forcing an outward stoicism that belies the high stakes at hand, he pushes forward to unravel an overarching plot that extends beyond the boundaries of reservation politics. A murdered state cop, development plans mapped in indigenous code, and a missing boy who witnesses too much are all linked by a crucial piece of evidence: an Indian fetish accidentally dropped by a mysterious man who is involved in the scheme. The implications that this lost fetish carries reach beyond the scope of Paul's understanding: it will either reveal the identity of the criminal mastermind, or cripple the very foundations of Paul's land and its people. With both deadpan humor and breathtaking prose, Wayne Johnson brilliantly weaves a story of power gone wrong, betrayal of one's people and culture, and an overriding sense of duty to protect what is sacred.
Reviews from Goodreads.com