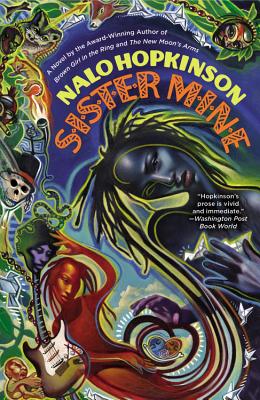 As the only one in the family without magic, Makeda has decided to move out on her own and make a life for herself among the claypicken humans. But when her father goes missing, Makeda will have to find her own power--and reconcile with her twin sister, Abby-if she's to have a hope of saving him . . .

We'd had to be cut free of our mother's womb. She'd never have been able to push the two-headed sport that was me and Abby out the usual way. Abby and I were fused, you see. Conjoined twins. Abby's head, torso and left arm protruded from my chest. But here's the real kicker; Abby had the magic, I didn't. Far as the Family was concerned, Abby was one of them, though cursed, as I was, with the tragic flaw of mortality.

Now adults, Makeda and Abby still share their childhood home. The surgery to separate the two girls gave Abby a permanent limp, but left Makeda with what feels like an even worse deformity: no mojo. The daughters of a celestial demigod and a human woman, Makeda and Abby were raised by their magical father, the god of growing things--an unusual childhood that made them extremely close. Ever since Abby's magical talent began to develop, though, in the form of an unearthly singing voice, the sisters have become increasingly distant.

Today, Makeda has decided it's high time to move out and make her own life among the other nonmagical, claypicken humans--after all, she's one of them. In Cheerful Rest, a run-down warehouse, Makeda finds exactly what she's been looking for: a place to get some space from Abby and begin building her own independent life. There's even a resident band, led by the charismatic (and attractive) building superintendent.

But when her father goes missing, Makeda will have to find her own talent--and reconcile with Abby--if she's to have a hope of saving him . . .
Reviews from Goodreads.com 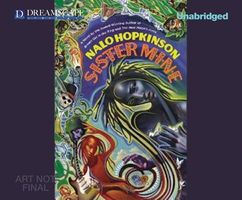 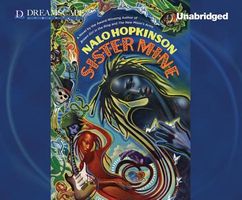