Sin for Me — Lisa Marie Perry 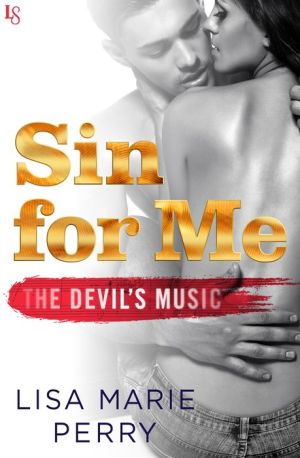 Idle hands make the devil’s music. But in this red-hot novel for fans of Empire, the drama between high-powered hip-hop hotties that makes for the guiltiest pleasures of all.

Dante Bishop thought he was done with Atlanta. He’d jumped on his Harley and left his father’s family record label to his sister. She became the heart and soul of The Devil’s Music—until the board masterminded a takeover. Now Dante’s back, and he’s putting his songwriting skills to good use. Reuniting with his ex only sweetens the deal.

Chelsea Coin doesn’t dwell on the past. If she did, she’d never forgive herself. As the COO of The Devil’s Music, she needs help saving the company, and Dante is part of a package deal. Still brooding and hot as hell, Dante wastes no time stirring up unfinished business. But Chelsea’s come too far to risk everything on a man. Even one who knows her body like he owns it.

Everybody’s fighting to be number one. But with both of their hearts on the line, Dante and Chelsea might make the sexiest mistake of their lives.

Praise for Sin for Me

“If you love FOX’s sudsy Empire, then Lisa Marie Perry’s sizzling Sin for Me is a must-read! Twisted, drama-soaked . . . risky, dark, decadent and all-consuming. It’s a binge-watch in book form.”—Heroes and Heartbreakers

“If you like intrigue, suspense, sex and a story that reads like a script, then get this book!”—Feeding My Addiction Book Reviews

“A delicious taste of something forbidden . . . It’s well-crafted and constructed, the characters are beautifully drawn, and it’s well written. The various strands of the plot are well cared for in Perry’s experienced hands, and wow, does she do a great job with it.”—The Rock of Pages

“Perry creates fascinating characters that inspire immediate reader allegiance, and she places them in an array of vivid and effective settings that run the gamut from a decades-old gym to the ultimate in luxury hotels on the Vegas strip.”—USA Today

This ebook includes an excerpt from another Loveswept title.