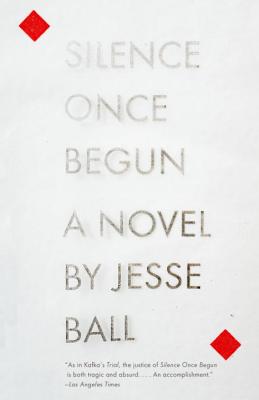 
Over the course of several months, eight people vanish from their homes in the same Japanese town, a single playing card found on each door. Known as “the Narito Disappearances,” the crime has authorities baffled -- until a confession appears on the police's doorstep, signed by one Oda Sotatsu, a thread salesman.

Sotatsu is arrested, jailed, and interrogated, but he refuses to speak. Even as his family comes to visit, even as his execution looms, and even as a young woman named Jito Joo enters his cell, he maintains his vow of silence. And as a journalist's obsession uncovers more to the story, Jesse Ball spins a wildly inventive and emotionally powerful take of unjust conviction and lost love.