Shooting in the Dark — Carolyn Hougan 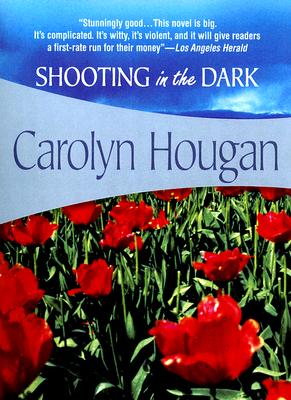 
America is reeling from the Iran hostage crisis, which is threatening to topple the Carter presidency, and Claire Brooks is reeling from the collapse of her marriage. Frantic to escape the wreckage, she hops a plane to Amsterdam, which turns out to be packed with visitors, some noisily celebrating the new queen's coronation, and some quietly plotting a response to Iran. Claire couldn't find Iran on a map, but a reckless one-night stand with a reporter lands her in the thick of the intrigue, where even tulips can pack a threat. She's already learned she cannot trust her husband, and now she's stumbled into a world where everybody's loyalty is up for grabs.