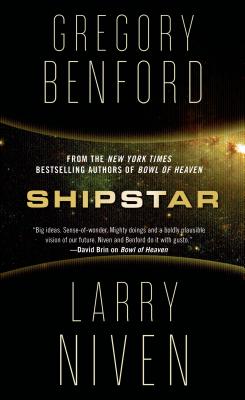 Science fiction masters Larry Niven (Ringworld) and Gregory Benford (Timescape) continue the thrilling adventure of a human expedition to another star system that is jeopardized by an encounter with an astonishingly immense artifact in interstellar space: a bowl-shaped structure cupping a star, with a habitable area equivalent to many millions of Earths. And which, tantalizingly, is on a direct path heading toward the same system the human ship is to colonize.

Investigating the Bowl, or Shipstar, the human explorers are separated -- one group captured by the gigantic structure's alien inhabitants, the other pursued across its strange and dangerous landscape -- while the mystery of the Shipstar's origins and purpose propel the human voyagers toward discoveries that transform their understanding of their place in the universe.
Reviews from Goodreads.com