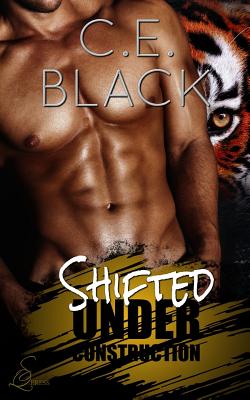 Bedroom eyes and rock hard abs make for yummy eye candy, but Harper Mattox knows a bad boy when she sees him. She's been there, done that, and refuses to buy the T-shirt. The scar was enough of a souvenir. When Harper agrees to be the temporary secretary at H&V Construction as a favor to her best friends' husband, Adam Hughes, she thought her days would be spent behind the desk, organizing until her heart was content. She had no idea she'd have to put up with the walking sex-on-a-stick Christian Viera. AKA, her other boss. No matter how many times she turnes him down, he just oozes more charm in her direction, weakening her knees, as well as her resolve. And it was only her first day A threat on Harper'slife has Chris ready and willing to protect her, showing off an animalistic side she never knew existed. She's known violence in her past and has no room for it in her life now. Is the fiery passion between them enough to stick it out? Can she accept him? Fur, claws, fangs, and all? *Warning: This book contains strong sexual content and is not intended for readers under the age of 18. **Shifted Under Construction is a standalone novella, set in the world of The Alpha Division and follows Shifted Undercover.
Reviews from Goodreads.com