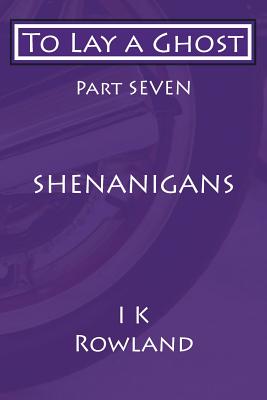 
Stephen finds himself under pressure to undertake a major extension of existing software for television producer Craig. Simultaneously, he and Quentin endeavour to hold Hugh Cox at bay; the latter is also pursuing Craig to persuade him to hand over a copy of Stephen's new software. The trap which the council of war at Stephen's home had prepared is sprung, with gratifying results, although there is a later repercussion. Stephen is greatly angered when he hears that Mandy Ackroyd, the seriously ill young daughter of barman Eddie, has been refused treatment which could save her life. He decides to mount a campaign to raise the necessary money to send her for treatment in the U.S.A. He mentions the campaign during a visit to Edenden where Gavin Warmington Smith takes a deep interest. News of the campaign soon circulates and Stephen is startled to discover somebody has left a file of documents at his home which all relate to Mandy Ackroyd's hospital treatment. Stephen shows them to Mandy's parents who decide to make them public. Stephen then receives an e-mail from Gavin Warmington Smith which includes a list of investments made by one of the hospital's senior management. Stephen shows this to the reporter already dealing with the Mandy Ackroyd correspondence and then takes another copy to show to Sergeant John Porter. As a result, the editor of the local newspaper decides against printing the list, while John speaks with his superior officers. A police investigation is mounted into the hospital's finances. The situation at the hospital deteriorates when the consultants pass a vote of no confidence in the management. During the Music for Mandy campaign Stephen, along with several of the group of friends, gives a number of interviews to the media, which are all successful in attracting interest and also feed the anger within the general community. He makes some damning comments on the local MP who is also Minister for Hospitals and who had refused to intervene when Mandy's father Eddie had written to him. The actual event, a 24-hour piano playing marathon, is a huge success, and the sum eventually raised is far in excess of the target. A few days after the marathon Stephen receives a telephone call from Neil. Neil's news is devastating.