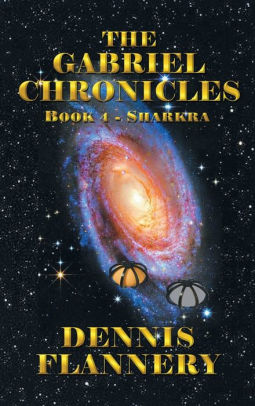 Share:
THE GABRIEL CHRONICLES, Book - 4 Sharkra, is the continuing story of the generations of humans who left the planet Earth in October of the year 2030. It tells of the close and continuing friendships between the humans and other remarkable species. It describes a spectacular event that changes everything. An event that suspends the basic laws and principles of time and space. An entity which, throughout an advanced race's history, had been just a therory, a fable told to children. Now it's made itself known to all advanced species in the galaxy. It enlisted the assistance of race know as Arkell to... well therein lies the story. Book - 4, Sharkra is the culmination of the first three novels. It proffers a possible and intriguing answer to a major unanswered question about our universe.