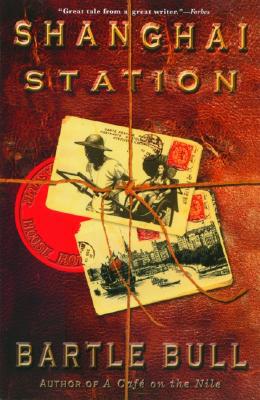 A masterful storyteller at the top of his form, Bartle Bull follows the successes of his popular Africa trilogy—A Café on the Nile, The White Rhino Hotel, and The Devil's Oasis—with a rousing historical adventure. Shanghai Station is a compelling tale of political terror and personal vengeance that unfolds in 1918 in China's colorful, turbulent port city of Shanghai. Well-born Alexander Karlov arrives in Shanghai with a mission, for the Bolsheviks have brutally killed his mother and abducted his twin sister. Vengeance commands Alexander's soul. It also entangles him in perilous alliances—with the Cossack hit man Ivan Semyonov; with Mei-lan, a woman who knows Shanghai's darkest secrets; with "Big Ear," leader of the city's most powerful Triad; with the French police; and with a spirited young American woman who calls herself Jesse James.
Reviews from Goodreads.com