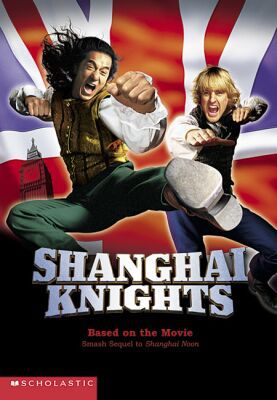 After taming the Wild West, Chon Wang (Jackie Chan) and Roy O'Bannon (Owen Wilson) set out for Victorian London to catch the killer of Chon's father. There they discover Chon's sister in prison and plots to overthrow the Chinese government and murder the British royal family--it's time for some serious Victorian butt-kicking! Causing havoc every where they go, Chon and Roy race through London finally confronting the villain in a hair-raising showdown inside--and on top of--Big Ben.

Featuring Chan's trademark blend of martial arts action and slapstick, this is a guaranteed smash hit.
Reviews from Goodreads.com