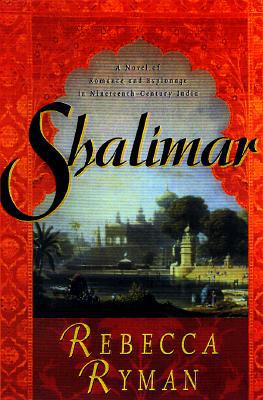 Share:
An independent, headstrong, and intelligent young British woman living with her family in Delhi, India, Emma Wyncliffe finds her life turned upside down when her younger brother's debts force her into a marriage to Damien Granville, a secretive man rumored to be a spy.

Set in the late 19th century, in the remote northern outreaches of the British Indian empire, Shalimar is an epic love story set amidst the lush Kashmir mountains and the intrigue of the Great Game. Emma Wyncliffe is a disaffected, 23- year-old British woman living with her family in Dehli. She is fiercely independent, willful, and intelligent. It is not until her younger brother, a soldier in the Northern forces, suffers heavy debts, that Emma is forced into a marriage to Damien Granville, a man with dangerous secrets who is rumored to be a spy. It is Emma's search for the truth, and Emma's search for love, that comprise the narrative of this grand novel set along India's fabled Silk Road -- the trade route between the West and China.