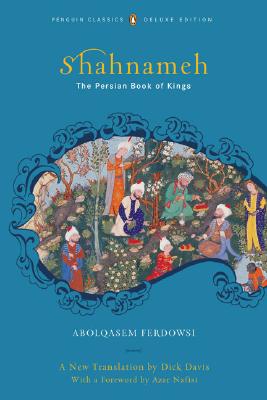 Share:
The great national epic of Persia—the most complete English-language edition and definitive translation by Dick Davis, available in a deluxe edition by Penguin Classics.

Wherever Persian influence has spread, the stories of the Shahnameh become deeply embedded in the culture, as amply attested by their appearance in such works as The Kite Runner and the love poems of Rumi and Hafez. Among the greatest works of world literature, this prodigious narrative, composed by the poet Ferdowsi in the late tenth century, tells the story of pre-Islamic Iran, beginning in the mythic time of creation and continuing forward to the Arab invasion in the seventh century. The sweep and psychological depth of the Shahnameh is nothing less than magnificent as it recounts classic tales like the tragedy of Rostam and Sohrab.

Now Dick Davis, “our pre-eminent translator from the Persian” (Washington Post), presents a comprehensive translation of Ferdowsi’s masterpiece in an elegant combination of prose and verse, allowing the poetry of theShanameh to sing its own tales directly, interspersed sparingly with clearly-marked explanations to ease along modern readers.