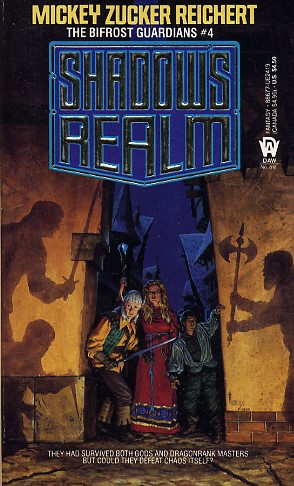 When Shadow received a message that Shylar needed his aid, the master thief and his three companions, Allerum--now an elf swordsman but once a twentieth century
American soldier--and the two Dragonmages, Silme and Astryd, immediately set out for Shadow's hometown of Cullinsberg. For Shylar, town madam and high in the thieves' underground, was all the family Shadow had.

But Cullingsberg was an armed trap waiting to close on the four adventurers. For they had slain the Chaos Dragon, and in so doing unleashed a force of pure Chaos, a force which then bonded with the single greatest surviving Dragonmage. Driven by Chaos-induced madness, this master of powers far beyond those of Silme and Astryd would now use anyone and any means to take his deadly revenge on these four warriors of Law....