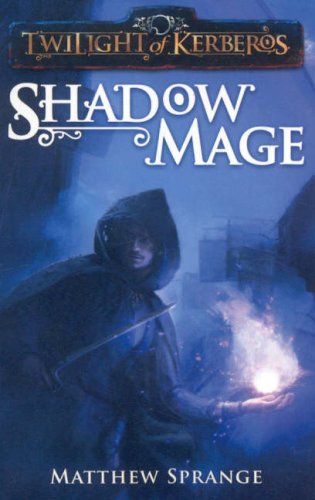 Share:
Magic and thievery combine in a tale that opens up a whole new world.

Twilight, a world overshadowed by a vast gas giant, bathing the earth in its otherworldly glow. A world of magic and warriors, zealots and monsters. It is here that the human race cling to a small peninsula, ignorant of what lies beyond the World's Ridge mountains. But there are those amongst this fledgling race with truly extraordinary powers, heroes who would delve deep into the mysteries of the past and bring new light to Twilight. Twilight of Kerberos is a sword and sorcery series, following the adventures of a group of characters with unique talents. Forced onto the streets of Turnitia after the army destroys his home and murders his parents, Lucius Kane becomes an excellent thief, gaining notoriety in his new profession. Soon drawn into a war between rival thieves guilds, Kane fights for friends and profit but finds himself pulled into the darker and more mysterious world of the Shadowmage, a calling for which it seems he is ideally suited. Mercenary practitioners who combine stealth with magic, Shadowmages make the best scouts, infiltrators, spies. . . and assassins.