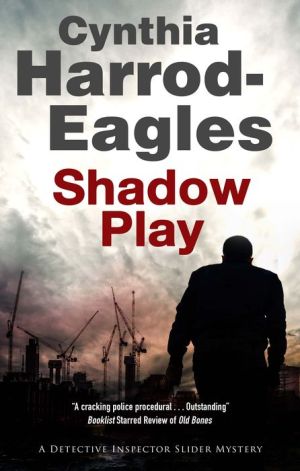 Bill Slider and his team investigate the murder of a victim with a decidedly shady past in this gripping contemporary mystery.

The body of a smartly-dressed businessman turns up in the yard of Eli Simpson?s car workshop. But there?s no ID in the pockets and Eli swears he?s never seen the man before.

Then a girlfriend turns up with a name, and claims the victim told her he was someone?s ?right hand man?. But old fractures and scars, discovered at the autopsy, suggest a more colourful past. For ?right hand man?, DCI Bill Slider and his team read ?enforcer?.

So who was Mr King? Who was he the muscle for? What did he have to do with the Davy Lane project, and the blackmailing of an MP? And, most crucially, what did he know that made someone decide to terminally muscle the muscle?
Reviews from Goodreads.com

Bill Slider and his crew have their work cut out for them when a body is discovered in a little used lane in Shepherd's Bush, Slider's district . Was he King or was he Kimmelman? Where is he from and why has no-one come looking for him? Why was he left on a little-used road in a district in Shepherd's Bush that has fallen into disrepair? Where is Davy Lane and why has its name changed? What was the motive, and what was his story? By the time Slider, Atherton, Hart, and the glamorous Swilley, as well as others in Slider's crew uncover all the secrets and have some viable suspects, dirty and illegal activities within the city council and within some government agencies are uncovered, and the whole mess has turned into a smelly pile of excrement. The book will keep you guessing as to the motive and modus operandi, even if you do figure out who is the culprit. It moves along at a nice pace, with Harrod-Eagles' sly wit and understated humour, puns for all the chapter titles, and of course the wonderful DS Porson (Slider's boss) and his hysterical misappropisms. Here's a particularly juicy one - "There's enough wailing and gnashing of feet upstairs 'cause we're over budget." Porson says to Slider when he tells him about the unidentified body and the work it will take to nail this one down. In spite of all the questions, Slider and his firm do get their man or people in the end. I love Bill Slider. He's an everyman's cop, and so darn likeable, even mean dogs and suspicious women love him. So glad I discovered Bill in an airport bookstore when i was boarding a plane and I was looking for something to read. It's been many years now, and I still love the guy.