Shadow on the Sun — Lynn Erickson 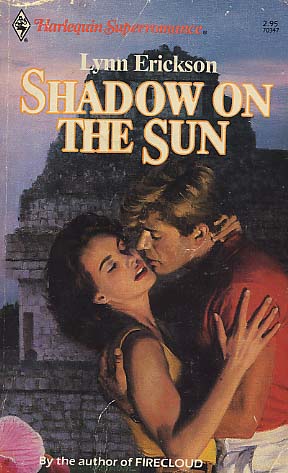 IT WAS NO VACATION

Lucy Hammond's boyfriend had his nerve! Instead of joining her in Cozumel as planned, he'd sent his buddy, hockey pro Jeff Zanicek, in his place.

Jeff was just supposed to entertain Lucy until Roy arrived. But then a cool half million turned up in her hotel room. And the next day, a body appeared ....

Fleeing for their lives, Jeff arid Lucy discovered an unexpected attraction. Soon Jeff didn't know which was more dangerous--the faceless men stalking them or the love he had for his best friend's girl.
Reviews from Goodreads.com