Shadow of the Eagle — Harlan Finchley 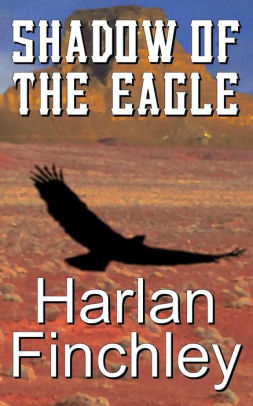 Share:
When a mysterious apparition appears briefly over the frontier town of Empire City, the lives of everyone who sees it are changed forever.Bounty hunter Gideon Pierce had been on the trail of Warner Gray, who had been waging a one-man war against the railroad, but the golden object in the sky distracts him. Warner kills again and worse, afterwards Gideon remembers the incident differently to everyone else leading to him being blamed for Warner's latest crime.With the apparition giving Gideon strange visions of another world, he follows Warner to Eagle Heights, an abandoned gold mine with a terrible past and an uncertain future. With mysterious gunmen who lurk in the shadows on his tail, Gideon will need all his gun skills to clear his name and to uncover the truth.