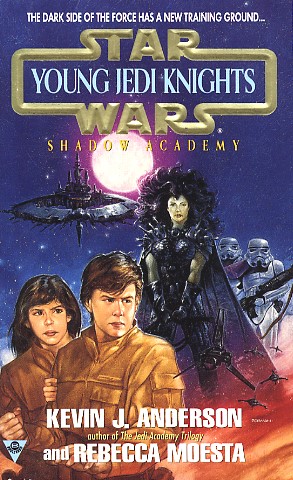 Share:
JACEN and JAINA
When the Empire died, they were born--a new hope for the New Republic. The young twins of Han Solo and Princess Leia are now fourteen, and enrolled at Luke Skywalker's Jedi academy on Yavin 4. Together with friends both old and new, the future heroes of an already legendary saga begin their training.

The Dark Jedi Brakiss--the student Luke Skywalker expelled from his academy--has learned much since he left. Enough to master the dark side of the Force. And enough to establish his own school for training Jedi--the Shadow Academy.

But now Brakiss has been given an even greater task. Not only must he create a sinister legion of Dark Jedi to serve the Empire, he must undertake a challenge not even Darth Vader and the Emperor could meet: Kidnap the heirs of the Skywalker bloodline, and turn them to the dark side of the Force...