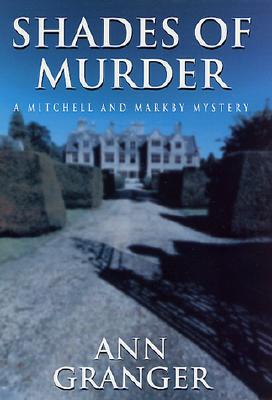 In 1889 the late Cora Oakley's husband William was put on trial for her murder. The case was dismissed, but Oakley fled the country, never to be heard of again.

Over a hundred years later, the only remaining members of the Oakley family are two elderly sisters who, after years of struggling to maintain their dilapidated ancestral home, have decided to sell up. But then Jan, a young Polish man who says he is William Oakley's great-grandson, comes to visit, and claims half the profits from the sale of the house. When Jan is found dead, poisoned by the same substance used to kill his great-grandmother, it seems that the shadow of murder has returned to haunt the Oakley family once again, and Superintendent Markby must look back at the events of a century ago to find the killer...
Reviews from Goodreads.com

This book refers back to a previous death of an Oakley family member in 1889. Cora Oakley was found burned to death in her bedchamber. Her husband William was charged with murder since many felt that he had poisoned her with arsenic fumes which caused her to knock over the lamp and start the fire. William was acquitted and left the country, leaving a young son behind him. Descendents of that son are now living in the family home. A stranger comes to town saying he's a descendent of Cora's husband. This puts the elderly Oakley sisters in a quandary and upsets everyone in the village of Bamford. When a present-day murder occurs. Alan Markby and Meredith Mitchell are on the case. Alan, although a Superintendent, has been side-lined for this investigation because he is too close to the principals in this case, so he works from the sidelines with Meredith trying to uncover some long-buried family secrets. Ann Granger does a wonderful job of the English village mystery and her two sleuths are two of my favourites. Meredith and Alan's personal relationship always adds some interest to the mystery.