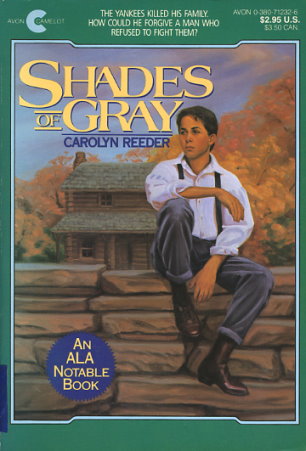 The Civil War was over, but it had taken a terrible toll on twelve-year-old Will Page. His father and brother had been killed by the Yankees; his sisters died of typhoid, and his mother of grief. An orphan, Will was forced to live with his Uncle Jed, a coward who had refused to fight in the war, a traitor to the Confederacy!

But Will had no choice. He had to accept the traitor's hospitality and learn the skills of rural life from him. Trapping rabbits, growing food, and working harder than he ever had in his life, Will found much to admire in his uncle. But not enough to let him forgive...until he began to understand a different kind of courage. The kind that caused Uncle Jed to make a choice more difficult than going to war.
Reviews from Goodreads.com