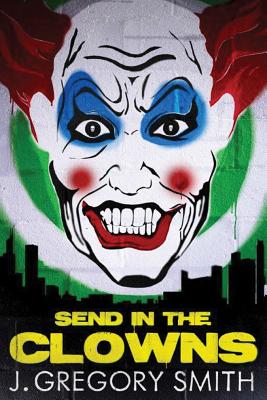 Share:
TV news anchor Laura Stark thought she was finally free of Max, her bizarre ex-husband. But a series of sinister pranks convinces her that Max -- a trained circus clown -- is stalking her again.

Since she broke a controversial news story that made her a persona non grata with the New York City Police Department, Laura turns to a pair of quirky Delaware private detectives for help. Paul Chang, a former NYPD cop with a mean streak, and his prescient, scrawny sidekick, Nelson Rogers, are convinced that Max is up to no good. But they can't be sure exactly what the prankster wants from Laura. Meanwhile, Laura scores scoop after scoop from an anonymous tipster, breaking big stories about a billionaire's murder and an unlikely peace treaty brokered by the mayor of New York. Chang suspects Max has some connection to the exposés -- and a grandiose plan that goes far beyond simple stalking. Can Chang and Nelson catch Max before the mad jester turns the city into his own three-ring circus?

The third novel in the Detective Chang mystery series, Send in the Clowns juggles a twisted tale of obsession and political intrigue.