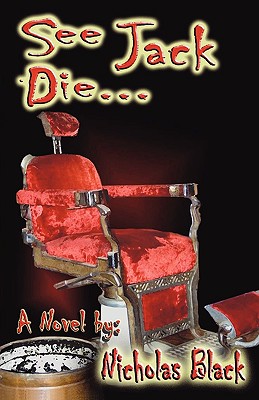 See Jack Die(Part I in the series)

Jack Pagan might as well be 4½ months old. He awoke in a hospital after suffering a head injury that left him dead for over 67 minutes. All of his long-term memories were destroyed. Now he has to start his life again. But his accidental flirt with death left him a special gift. In those few minutes as he fades off to sleep each night, and in those early hours of the morning as he numbly awakens . . . he sees them.


At first, the shadows would just stretch into strange shapes and forms. Jack thought that he was hallucinating. That his medication was playing with his vision. Then the strange shadows began to walk around, moving freely. Jack chalked it up to a brain tumor. Some disease in his cerebral cortex. Schizophrenia, even. Something he could live with.


Now these creatures are not only haunting his nights, but his days. And they have a tendency to show themselves around people who are about to die. Seeking help he turns to a psychic who gives him a very special book. A book that he was destined to find. Jack learns that the only way he will ever know about who he was, is to face his worst fears, and die . . . again.

In a series of incredible twists and turns, Jack finds out that the worlds of the living and of the dead are much closer than any of us can possibly imagine.