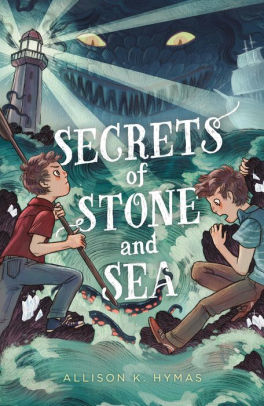 
A summer visiting grandma turns into an epic life-or-death middle-grade adventure about twin brothers who must use their wits to keep the god of the sea from sinking their city.Rise, the ocean rise,Rise and greet the shore,With red and bread, he feeds on the deadAnd meets you at the door.In Allison K. Hymas's Secrets of Stone and Sea, twelve-year-old identical twins Peter and Kai are spending the summer in the town of Seaspire when ancient legends quickly pit the boys against a furious sea creature with the power to destroy worlds and sink cities. To prevent it from drowning the entire town of Seaspire, they'll have to solve a set of codes and puzzles with ties to the lost city of Atlantis.