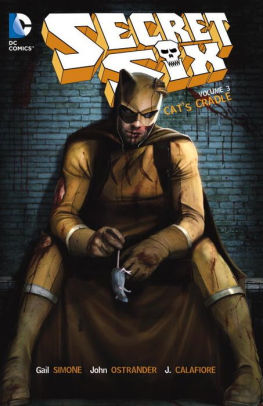 Amanda Waller and her Suicide Squad have captured Deadshot to force him back in their ranks. But his teammates in the Secret Six don't see that happening any time soon. Features a Blackest Night tie-in! Plus, Thomas Blake - a k a Catman - heads to Africa to find the three men who kidnapped his long lost son, while Catman leaves a trail of destruction in his wake that threatens to destroy the Secret Six once and for all. It collects SECRET SIX #15-24 and SUICIDE SQUAD #67.
Reviews from Goodreads.com