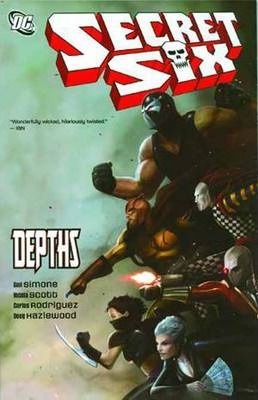 When Batman's cowl winds up for grabs after his death in FINAL CRISIS, two members of the Secret Six think they have what it takes to be the new Dark Knight. But will Robin put up with the unruly team in his hometown? And where have all the forgotten heroes and villains of the DC Universe been? The Six are blackmailed by someone claiming to be their old boss, Mockingbird, into a brand-new mission taking them into the heart of the metahuman slave trade! And Artemis, the former Wonder Woman, returns in the most brutal Secret Six story yet!
Reviews from Goodreads.com