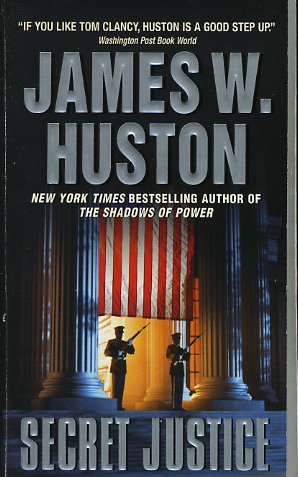 
In the dead of night, a daring desert raid into Sudan by a Special Forces team led by Lt. Kent "Rat" Rathman ends with the apprehension of the world's most wanted criminal. But the methods necessary to achieve the goal are brutally unorthodox--and a Middle Eastern prisoner suffers and dies as a result.

Wheels of power are turning rapidly in Washington as politicians use the complex international situation to disguise their real motives of crushing their political enemies while fighting the war on terrorism. As a military tribunal convenes to determine the fate of terrorist leader Wahamed Duar, another courtroom drama is about to unfold: the trial of Lt. Rathman for war crimes and murder. But Duar's capture may have come too late and at too high a cost, setting in motion a potentially devastating night-mare of destruction on American soil. The one man who could prevent it now stands accused by his own government . . . and faces a dark future in a military prison.