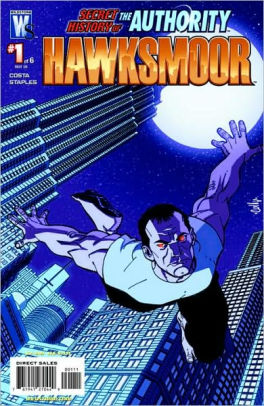 Share:
The graphic novel sheds light on the history of Jack Hawksmoor, the mysterious member of super team, THE AUTHORITY, who can control cities.

Before he was a member of the World's most powerful super team, Jack Hawksmoor was a solitary urban hero, misanthropic and alone. While preventing a massive robot attack on the Golden Gate Bridge, Hawksmoor gets unexpected assistance from a woman he has more in common with than he realizes, then later stumbles upon a locked-room murder mystery. On top of all this, his city-born powers have been acting up - and he has a gumshoe's suspicion that all this may be connected.