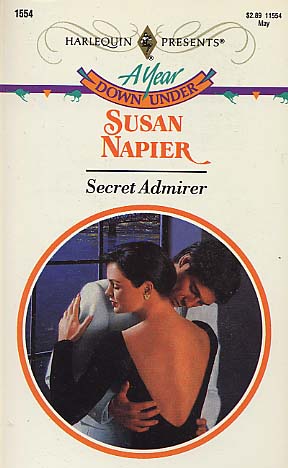 Running into a potential business partner late at night in a broken elevator - when one was wearing a glamorous fur with nothing on underneath - was awkward, but Grace Blair was cool enough to handle a hot situation.

Her poised, controlled demeanor belied the insecurity she felt taking over her late husband's business empire, but Scott Gregory was able with one caressing glance to strip away all her pretenses. Especially since the handsome New Zealander had made it clear from their first inauspicious meeting that in business, knowledge was power - and that he knew exactly what he wanted.

A YEAR DOWN UNDER