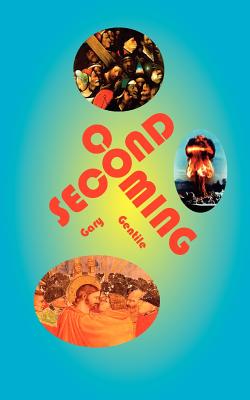 Share:
THE ULTIMATE SCHEME TO ERADICATE CHRISTIANITY "We have a big problem. The Islamic Revolutionary Forces have developed a time machine." This is what the director of the CIA told the President of the United States. The IRF was initiating a nefarious plan to use its "temporal displacement apparatus" to go back to the time of the Crucifixion of Christ and nip Christianity in the bud. To ensure the success of their goal, the IRF was taking a home-made atomic bomb with them. CIA analyst Laila Masterson discovered the bold Muslim plot by deciphering intel from field agents who worked under her command. Her report sent a shock wave through U.S. military forces and intelligence gathering services - a wave that reached all the way to the Vatican. Laila was assigned as a special advisor to the Elite Guard: the Air Force's select team of professionals whose desperate mission was to balk the enemy plan by following a terrorist cell into the past, to ancient Jerusalem: when and where the Crucifixion occurred, or was to occur, or might occur - the occurrence dependant upon a point of view that was nonsequential or mischronological. Using state-of-the-art aircraft and unconventional tactics and equipment, a daring Air Force colonel organized a team of experts to accompany his chosen few on a bid to save and sanctify the roots of Christianity, before those roots could be annihilated by a Muslim suicide squad that was bent on making Islam the dominant religious force in the modern world. This is the story of those brave volunteer temporanauts who fought to preserve the humanitarian principles on which Christianity is based.