Seaweed on the Rocks — Stanley Evans 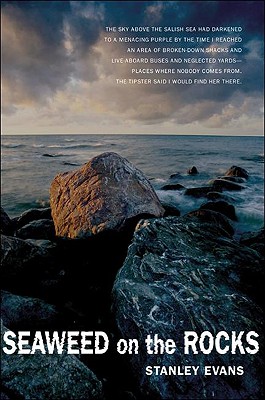 Share:
In this fourth mystery of the Silas Seaweed series, neighborhood cop Silas Seaweed is as always sensitive to his Native culture, but when he's confronted by a ten-foot-tall bear on the outskirts of his hometown, Silas suspects that this is no creature from the unknown world but someone out to con him. And Silas is right, but his attempts to unmask the bear lead him into a labyrinth of blackmail and murder. Along the way he investigates a homeless peoples' sit-in, a burglary in the office of hypnotherapist Dr. Lawrence Trew, and the barely legal world of small-time hood Titus Silverman.Infused with native mythology of the Pacific Northwest and written with the signature fast-paced plot and strong characters of the other three Silas Seaweed mysteries, Seaweed on the Rocks takes you from the picture-postcard views of a quaint garden city to the deeper dark side of its underworld.