Seaweed in the Soup — Stanley Evans 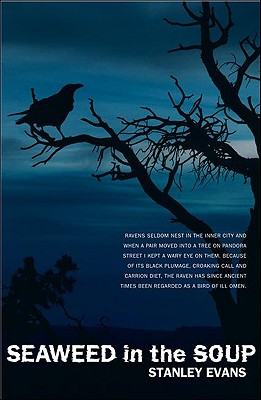 Share:
Silas Seaweed is back on the beat as the street-smart Coast Salish cop. A gardener is found dead and the prime suspects are two young local party girls. Silas is handed the case that soon takes a bloodier turn when a policeman's wife is killed. Silas begins to suspect that these murders and other events are related to the recent tide of gang-related crimes that has been sweeping British Columbia. Just as he draws closer to finding concrete evidence, Silas finds his own reputation in danger and is suspended from the police force. His quest to clear his name and find the killers leads him from Victoria's loud and steamy nightclubs and bars to the remote and quiet islands of Desolation Sound. The fifth mystery in this popular series, Seaweed in the Soup is a thrilling and suspenseful tale that skillfully combines a hard-boiled mystery narrative with the mythology of the Coast Salish. Other Silas Seaweed mysteries:Seaweed on the Street: 978-1-894898-34-8Seaweed on Ice: 978-1-894898-51-5Seaweed Under Water: 978-1-894898-57-7Seaweed on the Rocks: 978-1-894898-73-7