Seasons of Love — Kathryn B. Collett 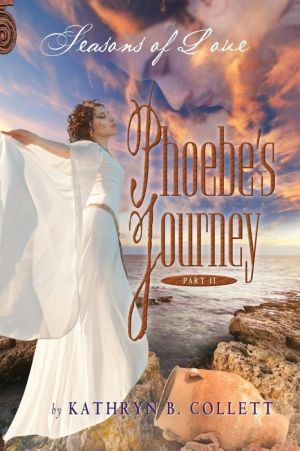 Share:
In Part 2 of the Phoebe’s Journey series, Seasons of Love, Phoebe’s challenges are mounting. Her family’s shipping agency is awash in debt, Phoebe finds herself increasingly isolated from friends and family, and the Apostle Paul has moved his ministry to Ephesus. Now the young churches throughout Corinth are bursting with conflict, division, and immorality. When a mysterious Egyptian arrives in the port of Cenchrea, Phoebe is forced to grapple with her fears, guilt, and self-doubt. Based on Biblical and historical research, Seasons of Love will take you on a fascinating journey from the small port of Cenchrea to the burgeoning metropolis of Ephesus, from the raucous Corinthian Agora to the hallowed halls of that city’s Jewish synagogue. The first-century world of the early Christians comes alive as you meet artisans, soldiers, slaves, international traders, and refugees populating Corinth, known as a `city of pleasure.’ The Phoebe’s Journey series brings you a richly imagined backstory of the woman Paul chose to be his emissary and carry and present his letter to the Christian church in Rome…a woman he called “worthy of honor.” Praise for Phoebe’s Journey Part 1: Of Passion And Pride “…One of the best historical fiction first-century books I've read in a long time!” “This book had me in tears towards the end and has opened my eyes to areas of development needed in my own faith. I cannot wait to read Part Two and I will definitely be reading this again!” “I commend to you our sister Phoebe, who is a deacon in the church in Cenchrea. Welcome her in the Lord as one who is worthy of honor among God’s people. Help her in whatever she needs, for she has been helpful to many, and especially to me.” [Romans 16:1-2, NLT]