Season of the Witch — Charlee Jacob 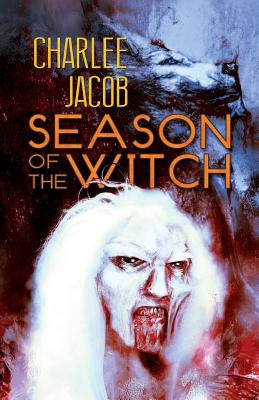 A sultry female voice slipped from a television ad. "Hey, mister...is there a beast inside you?" A second voice said beneath this, "Compulsion--are you obsessed, do you feel compelled to act out your fiercest fantasies?" A sexy third voice dripped honey. "Do you get the night sweats?" The first voice returned. "Tell us about it. Dark, primitive longings. Let us feed your beast." X-IS-THE-DARK Compulsions: What the Night is Made of The ads mysteriously appeared all over town--radio, TV, billboards... Call the number and tell all your depraved desires to the listener. No matter how vile, how disturbing and utterly Hellish your thoughts, X-IS-THE-DARK won't only listen, but will encourage you to go deeper and maybe even push you over the edge to act upon those heinous urges. necrOmania seXualis: Is it just an urban legend about a horror writer who'd tapped into Hell for inspiration and was herself butchered? Pirsya Profana was a modern myth, a feminist version of Lovecraft's mad Arab, Alhazred. Now the infamous magazine that documented her trail of horrors is appearing on the shelves of a Podunk convenience store. And when it shows up, it brings only pain and devastation. The appearance of necrOmania seXualis and X-IS-THE-DARK at the same time is no mere coincidence. Could the ominous black building that burns to the touch, and appeared in town with seemingly no way to get in, be the cause? Eddie is a police officer pulled into the darkest corners of his town now haunted by horrifying shadows and various cults who accept extreme body modification as part of their initiation. Will he and his D-movie queen girlfriend find out just what is behind all the death and human destruction plaguing their town or will they be sucked further into the black hole of murder, sex and the Season of the Witch.
Reviews from Goodreads.com