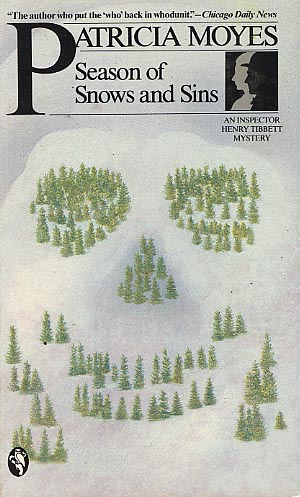 Henry and Emmy Tibbett are on holiday in the picturesque Alpine village of Montarraz when a popular ski instructor is murdered, apparently by his long-suffering wife, who was distraught over his affair with Giselle Arnay, the French film star. Yet the jet-set crowd with whom Giselle shares a ski chalet seem almost too anxious to see the young widow found guilty, leading Henry to suspect something more than adultery may have been the real motive for the crime. Soon not even the sparkling layers of snow can conceal a deeply buried scandal that involves some of the most powerful people in French society.

Henry Tibbett, Chief Superintendent of Scotland Yard, has for years delighted those who love a classic British detective story. A modest, self-effacing man, Tibbett possesses an almost uncanny "nose" for crime, and those who know him well realize that his gentlemanly demeanor masks a shrewd mind and a fearless spirit. When he teams up with his wife, Emmy, a cheerful but formidable woman, there isn't a criminal anywhere who can rest secure.
Reviews from Goodreads.com