Scars of the soul — Sahara Kelly 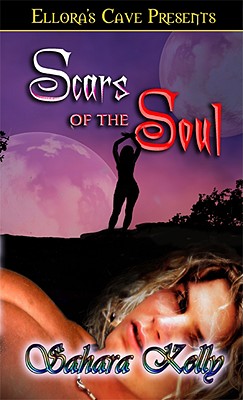 An alien vampire with a taste for domination-and blood. The last of his kind, he establishes himself as Master Nathanael Tanner on a new planet.Earth. But his previous home, the sexually savage Raheen, has left him with an urge to feed, to find that one magnificent moment when mating becomes more than a simple release of pleasure. Special Agent Nora Carlisle is curious about this private therapist, especially when her FBI office is notified of some odd occurrences coinciding with his seminars. Going undercover, Nora finds herself swept up into a world that eerily mirrors her own private fetish-vampires. Together, Nora and Thanael find a world of erotic savagery and exquisitely painful pleasures along with hidden secrets and magnificent peaks of desire. But whether their passion can erase the scars on their souls remains to be seen.

This book is a loose sequel to Scars of the Lash, though it does stand alone. Raheen is an intense and violent place where anything goes, and this book contains a few scenes that are not for the faint of heart.
Reviews from Goodreads.com