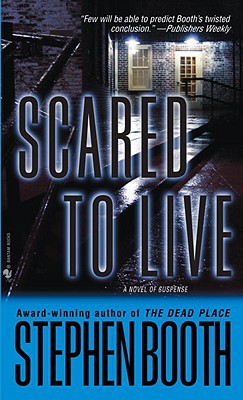 How do you investigate the murder of a woman without a life? That is the challenge facing Cooper and Fry when a reclusive agoraphobic is found shot to death in her home by someone who took an exceptional amount of care in executing her murder. With no friends, no family, and virtually no contact with the outside world, the dead woman may have simply been an unlucky victim of a random homicide. Or was she hiding from a past that had finally come out of hiding to kill her?

At virtually the same time, a raging house fire claims the life of a young mother and two of her children. But as the debris is cleared, troubling questions remain in the ashes. Among them, how did the fire start, where was the husband at two a.m. the day of the blaze, and was it really the fire that killed his family?

Now, as Cooper faces the reemergence of a dark secret he'd hoped to forget, and Fry copes with problems both personal and professional, a horrific possibility begins to take shape: what if the two investigations are somehow connected? A killer is stalking the Peak District whose motives are a mystery and whose methods are unpredictable. And his next victims could very well be the only two cops who can stop him.
Reviews from Goodreads.com