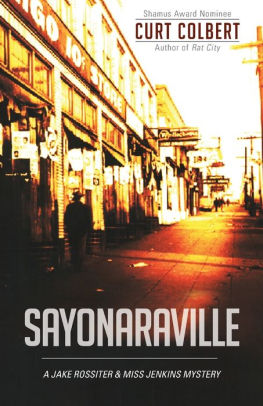 Share:
Who chopped off insurance agent Henry Jamison's head with a Samurai sword, and why? While trying to figure this out, Seattle private detective Jake Rossiter also has to deal with his recently promoted junior partner, Miss Jenkins, who is about to take on the Hashimoto family as clients for her first official case. Rossiter, an ex-marine who finished out World War II in the Pacific just a few years ago, couldn't care less about the Hashimotos -- Japanese Americans who were interned during the war and subsequently lost their Seattle dimestore in a suspicious fire. A Jap's a Jap as far as he's concerned. He tells Miss Jenkins that if she wants to waste her time trying to help a bunch of lousy Nips, fine, but she's on her own, she'll get absolutely no assistance from him. He's got more pressing business, especially considering that Eddie Valhalla, a notorious free-lance hit man, has just blown into town with his Hungarian bombshell of a gun-moll, ZaZu Pinske, who once used her seductive ways to doublecross Rossiter on Eddie's behalf.