Saving the World and Other Extreme Sports — James Patterson 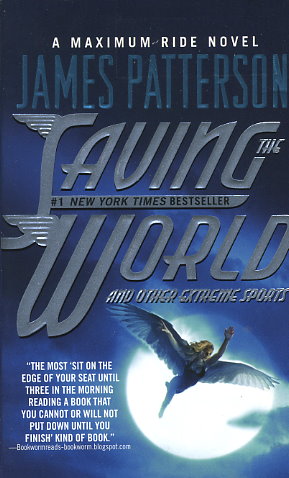 Share:
James Patterson calls this the best adventure story he's ever written. There's one last chance to save the world ...and it's in the hands of six extraordinary kids who can fly. Only they, led by the valiant Max, can stop a deadly plot to annihilate half the human population even as they're being hunted by nightmarish enemies. With mankind on the brink of destruction, Max must fight to protect those she loves, identify a traitor in her flock, and uncover a startling secret that will change her future...if there is a future.