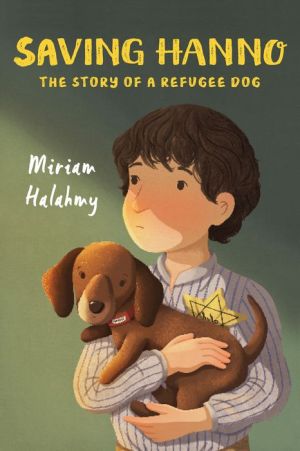 
Nine-year-old Rudi and his beloved dog Hanno escape from Nazi Germany, but Rudi soon learns he'll have to protect Hanno from an entirely new threat in this thrilling reimagining of a little known World War II event.

What if you had to leave your dog behind when you fled? Nine-year-old Rudi has a chance to leave the dangers of Nazi Germany on a Kindertransport to England. However, he cannot bring Hanno, his wonderful dachshund. Luckily, his family finds a way to smuggle Hanno to London. But with England on the brink of war, Hanno is still not safe.

As a German invasion of England becomes imminent, many British people decide their pets will suffer as well as drain limited resources, and thousands of pets are euthanized. To save Hanno, Rudi joins a group of scrappy London children who hide their pets away in a vacant lot. Just as London's children are about to be evacuated to the countryside, the group finds a wealthy animal lover willing to care for the menagerie on her country estate. This fast-paced and accessible novel is full of courage and excitement.

An author's note gives more information on the real-life events on which this story is based.